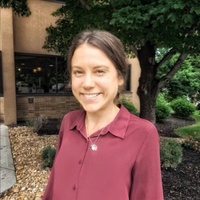 Stephanie joined the FPG team in October 2020. Prior to working at FPG, Stephanie had been living in China, where she studied Mandarin Chinese and received a master’s degree in Public Administration from Shanghai Jiaotong University. Stephanie is fluent in Mandarin- including both reading and writing in characters.

Stephanie grew-up in South Africa and moved to Kansas in 2009 when she enrolled at K-State for her undergraduate degree. Stephanie’s family all live in South Africa, except for her aunt and uncle who live in Manhattan, KS.

Stephanie has a green thumb and enjoys gardening and growing fresh vegetables. She also loves running and ran her first marathon in 2021, where she was the first female to cross the finish line, with a time of 3 hours and 10 minutes. She plans to run many more marathons in the future.